By Robert Beans, Board Chair 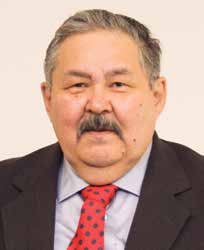 All significant actions and decisions are reviewed, considered, and discussed by Calista’s Board of Directors. The recent Akilista Distribution is one example of the Calista Board of Directors looking to benefit your future—the future for our Shareholders.

The Akilista Fund began as the Calista People’s Fund. It was established in 1994 with less than $500,000. The Akilista Fund currently exceeds over $72 million. Sources include funds from ANCSA Section 7(i) and the Southwest Alaska Land Acquisition of 2001, along with retained interest, dividends, and gains generated by Akilista Fund investments.

The first distribution occurred in 2014. It took 20 years to mature—and funding could have been distributed to pay immediate expenses—but the Akilista Fund was important to create a distribution stream that was not reliant on operations.

Reporting to more than 32,000 Shareholders today, the Board makes intentional decisions believed to be the most beneficial to all of Calista’s Shareholders.

Similarly, early leaders from Calista and the YK Delta selected land in the Donlin area for its gold resource potential during the land selection process of the Alaska Native Claims Settlement Act of December 18, 1971. Doing so provides the Calista Board with direct and active input into any potential development.

“Reporting to more than 32,000 Shareholders today, the Board makes intentional decisions believed to be the most beneficial to all of Calista’s Shareholders.” – Robert Beans, Calista Board Chair

Although the Western concept of land ownership, during that time, was a relatively foreign idea to Alaska Natives, our leaders knew its importance to our collective future. The newly formed Calista Land Department reported directly to the Board during the land selection process.

Your future as a Shareholder is taken into great consideration when the Board of Directors reviews every decision to benefit the lives of our kids and our grandkids for generations to come. Quyana Cakneq.