Two Calista Corporation Shareholders received top honors from the Alaska Federation of Natives during its annual convention in October. 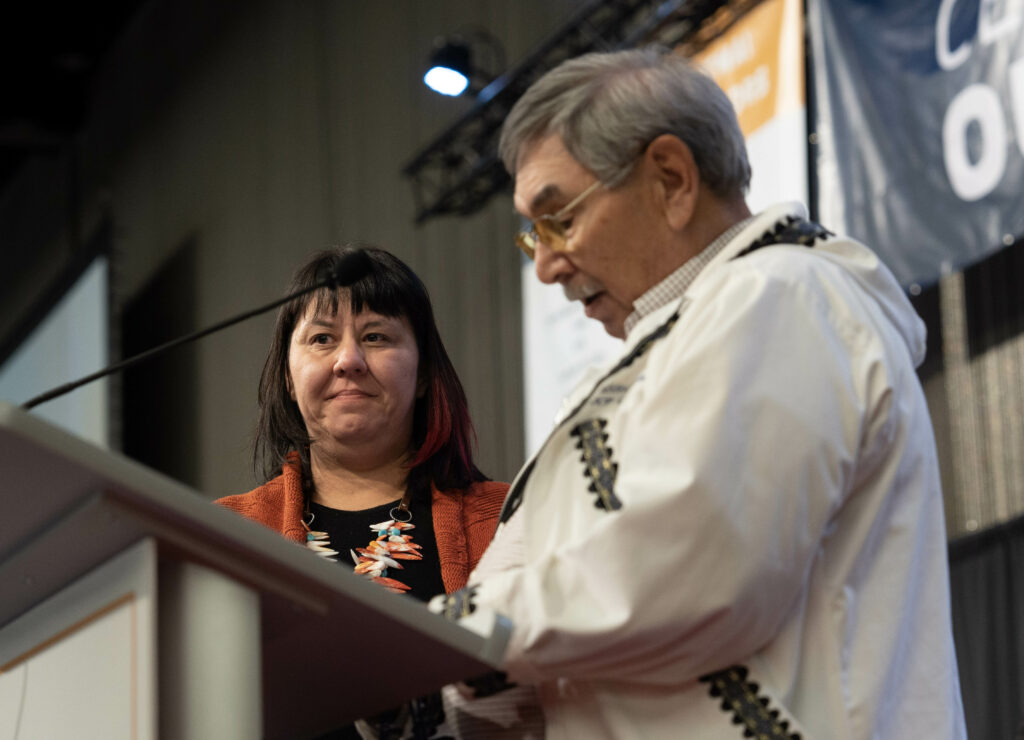 Congrats to Calista Shareholder Michael Fredericks with ties to Georgetown! She received the AFN President’s Award for Small Business.

The AFN President’s Award goes to an Alaska Native business owner who has demonstrated success in business as with a commitment to their community, which has improved economic opportunities for Alaska Natives.

Earlier this year, Fredericks was named the 2022 Raymond C. Christiansen Business of the Year for her business SALT LLC, in the Calista Shareholder Awards.

SALT is a Native-owned, woman-owned small business that aims to create environments for generations to thrive through strategic engagement and interior design. Her company worked on the Indigenous Place Names Project in Anchorage, a movement to bring Dena’ina culture to the modern built environment and place name signage. 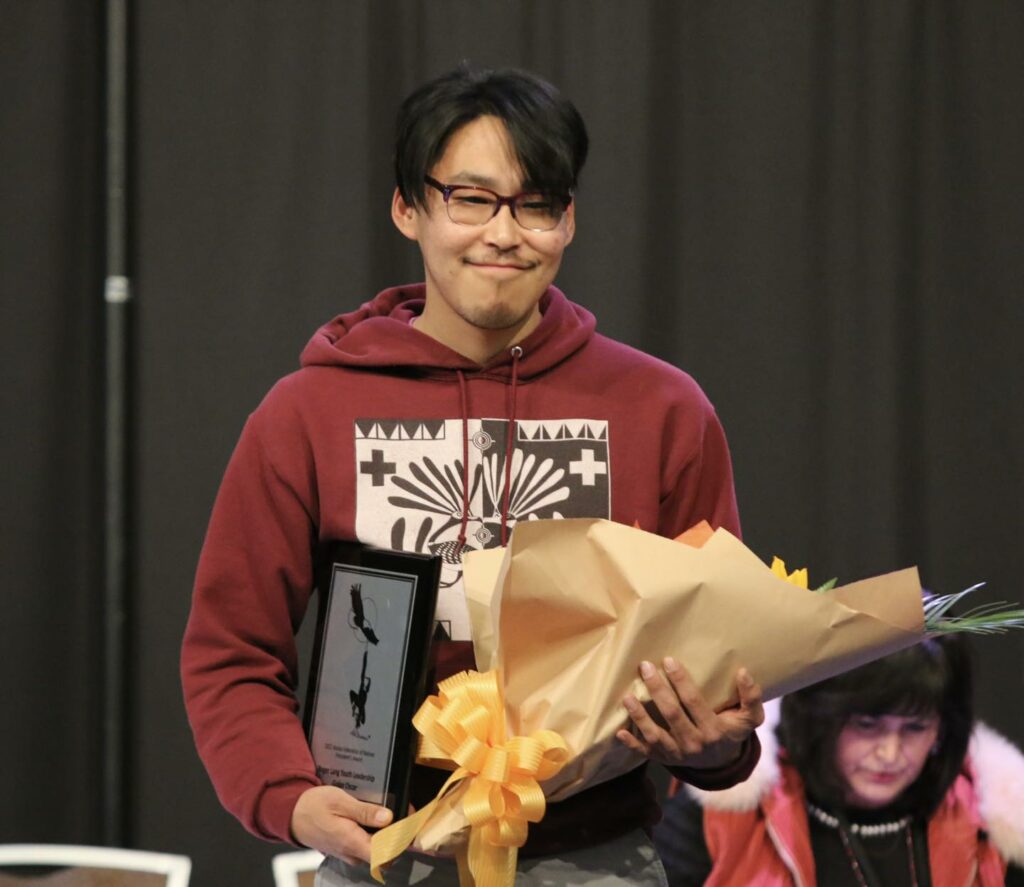 The Roger Lang Youth Leadership Award was named after the late Roger Lang, former AFN President, who encouraged young people to expand their horizons and challenge themselves to become future leaders.

Earlier this year, Oscar was named the 2022 Calista Culture Bearer for the Calista Shareholder Awards. Oscar preserves culture through traditional arts and crafts and imparting that knowledge to others. Oscar creates and teaches others how to sew traditional Yup’ik attire, traditional dance fans, headdresses, and uluaq (Yup’ik knife) making.