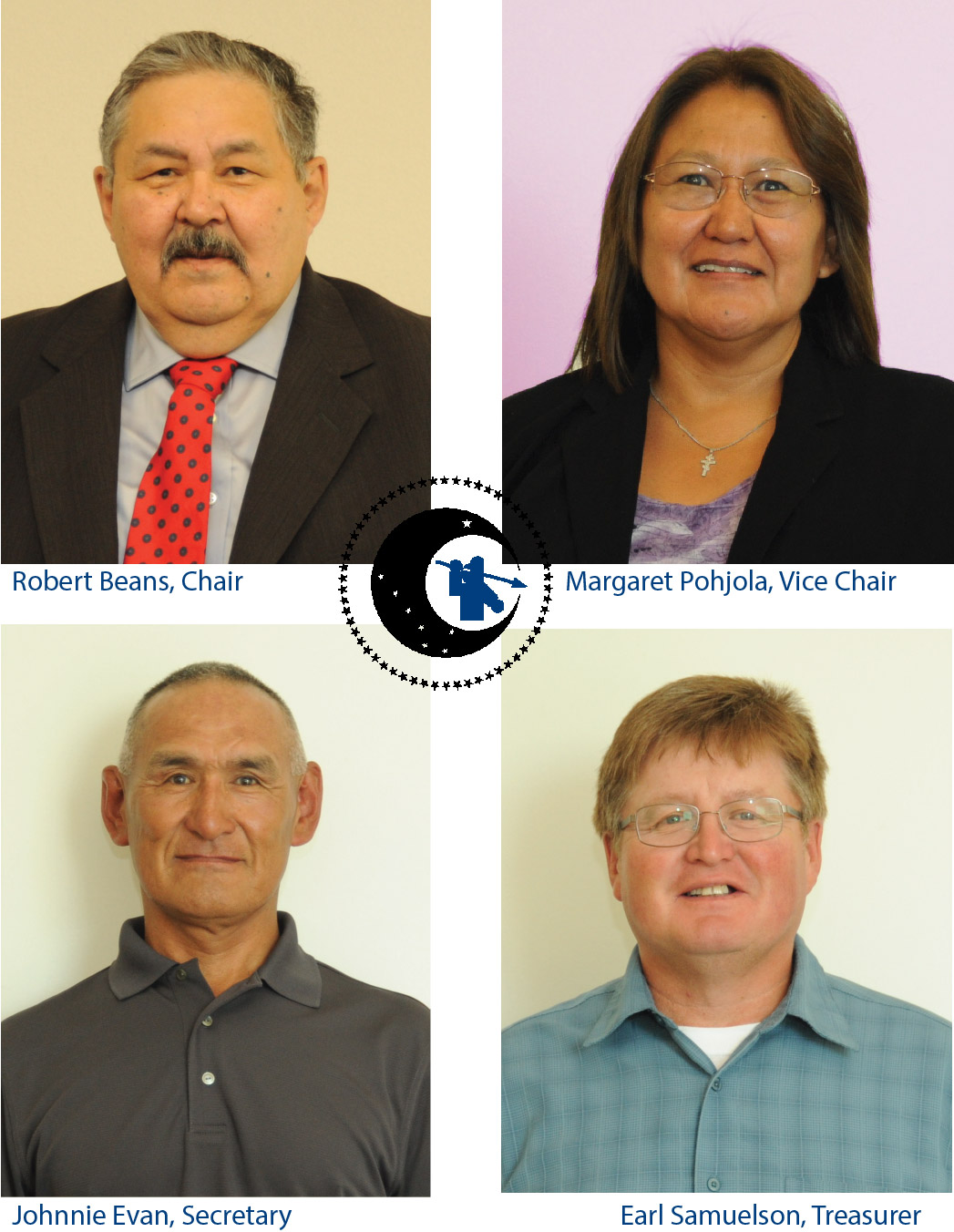 Beans was first elected to the Board in 2012. He has previously served as Board Secretary, as well as on various Board committees. He currently serves on the board for Alaska Village Electric Cooperative. His previous experience includes work on the Rural Alaska Sanitation Council, Mountain Village’s Asa’carsarmiut Tribal Council and various other organizations. A veteran and former law enforcement officer, he was Honorably Discharged as Captain from the Alaska Army National Guard with nearly 20 years of service.

Pohjola has served since 1987 and is a past Chair. She has held various accounting roles with the Alaska Native Tribal Health Consortium, Cook Inlet Tribal Council and the Alaska State Employee Association. Evan was elected to the Board in 2013, is a former Tribal Services Director for AVCP, retired as Major from the Alaska Army National Guard, and is an Alaska Legion of Merit award recipient. Samuelson has served on the Board since 2014, is a member of Bethel Search & Rescue, and was an aircraft pilot for the Alaska Department of Public Safety for over 30 years.

Calista Corporation has over 29,000 Shareholders and is the parent company of more than 30 subsidiaries in the following industries: military defense contracting, civil and vertical construction, real estate, environmental remediation and natural resource development, marine transportation, oil field services and heavy equipment sales, service and rentals. Since 1994, Calista has provided more than $4.8 million in scholarships to its Shareholders and Descendants. Since inception, Calista has declared more than $64.7 million in dividends and distributions, and $6.5 million in Elders’ Benefit Program distributions to Shareholders. Calista can be found on Facebook and Twitter.