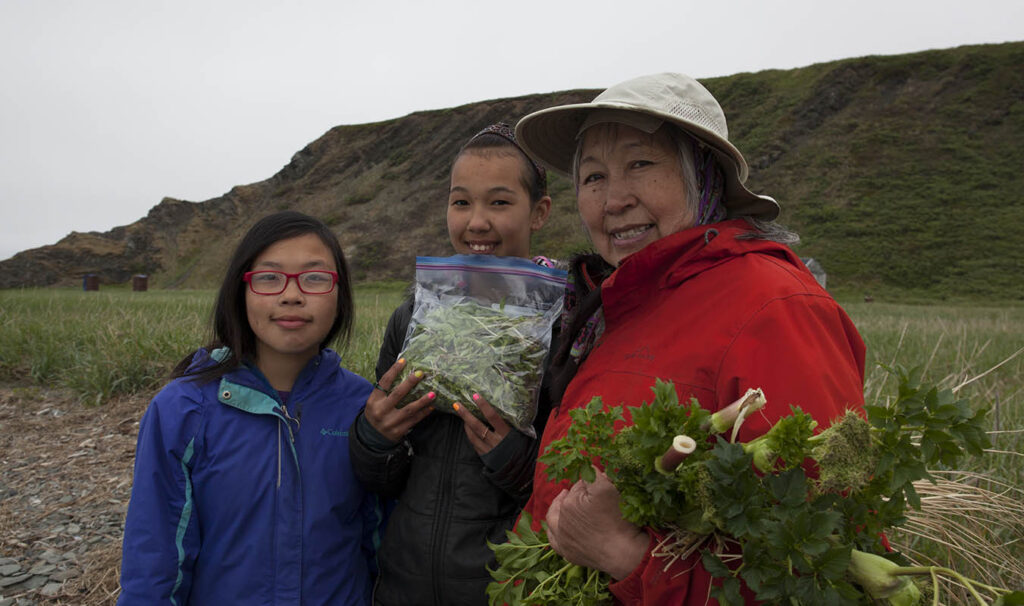 CECI originally formed as the David K. Nicolai Memorial Scholarship Fund in 1980. In 1994, its name was changed to the Calista Scholarship Fund as it began awarding scholarships. Its name changed again in 2010 to the Calista Heritage Foundation, Inc. to reflect the organization’s expanded services. The Calista Elders Council, Inc. was established in 1991 as a nonprofit organization representing 1,300 Yup’ik, Cup’ik and Athabascan traditional bearers in the YK Region.

In 2014, after 20 years of working together, Calista Elders Council merged with Calista Heritage Foundation to form CECI. CECI continues to document the traditional knowledge of the real people.

The Yup’ik, Cup’ik and Athabascan cultures of the Calista Region are some of the most preserved cultures in Alaska. Most in the Region still speak their traditional languages, and most still practice a subsistence lifestyle. Yup’ik is the second most spoken Native language in the U.S.

“We utilized the conversations with Elders from our published books, added Elders to our steering committee, and centered Yuuyaraq—the Yup’ik way of being—into the teaching curriculum we were building for schools in the Region,” says Rea Bavilla, President/CEO of CECI.

For over 20 years, the CECI research team has interviewed Elders about traditional knowledge, resulting in published books based on those interviews.

“When we work with Elders, they get into their role as a teacher. They are so happy knowing their traditional knowledge is documented, to be passed on for younger generations.” – Mark John, CECI Cultural Advisor

“We spoke with Elders in the villages, and the one thing they all felt was important, was that the traditional teachings should be open to everybody. It should be available especially for the Youth, but also to the rest of the world,” says Mark John, CECI Cultural Advisor.

The CECI research team, led by Mark, is prolific. They have produced one or two books nearly every year since 2003.
“By sharing this information, the Elders felt the western world may be able to understand who we are and what we do and as a result, be able to respect who we are,” says Mark.

CECI has strengthened the scholarship program, and in 2020, provided $358,000 in scholarships to 375 students. Seven in 10 of those students attended a school in Alaska. Students with ties to the YK Region have received a total of $5.5 million since 1994. Additionally, over 57 percent of all scholarships were awarded in the last 10 years.

Apply for a Scholarship

CECI has implemented cultural studies that began at both the Elders Council and the Heritage Foundation. CECI provides Culture Immersion Camps, Yuuyaraq teaching curriculum, along with the high school completion and post-secondary exploratory program known as Take Wing “Tengluni,” a partnership that began with Alaska Humanities Forum and the Lower Kuskokwim School District.

“To know who you are and where you come from provides you strength as you strive for success,” says Rea.

Since 2000, CECI provided Cultural Immersion Camps for middle school students and teachers new to the Region to learn subsistence hunting, fishing and harvesting activities from Elders and camp staff. The Youth learn Yup’ik and Cup’ik cultural skills, history and values. The teachers learn alongside the Youth.

“Culture camps let the students learn why it is important to protect and respect wildlife and habitat in our Region,” says Mark.

Yuuyaraq was brought to the classroom in 2018 through a partnership with the Lower Kuskokwim School District. CECI began adapting the traditional teachings captured in the published books and input from the Elder steering committee into classroom lessons for 7th grade, 8th grade and high school students, relevant to their everyday life. 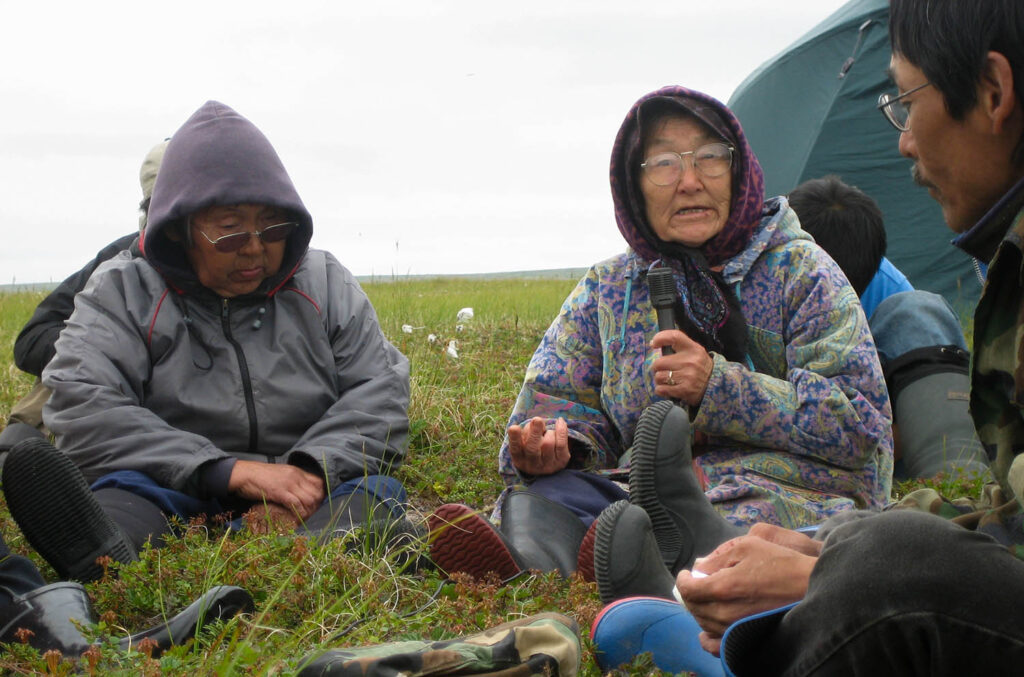 CECI research team interviewing Elder Anna Agnes about traditional knowledge. Interviews led to published books and use of the materials in the Yuuyaraq curriculum.

“Being respectful of yourself, those around you, and of the land and animals—are traditional teachings,” says Rea. “Informing Youth of those teachings is vital in moving forward in the western world, or even in their own success.”

CECI’s latest program is Take Wing “Tengluni.” It fosters traditional Yuuyaraq values and teachings and provides formal mentoring to navigate the postsecondary education experience. The mentorship directors work with students to explore what they want to do once they graduate from high school, and what they need to do to reach their goals.

“We’ve come a long way,” says Mark. “When we work with Elders, they get into their role as a teacher. They are so happy knowing their traditional knowledge is documented, to be passed on for younger generations.”