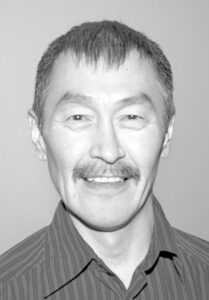 Governor Dunleavy created the Alaska Bycatch Review Task Force in November following last year’s devastating collapse of Yukon River salmon fisheries. The task force consists of 13 voting members from across Alaska who are charged to explore the issue of bycatch and make recommendations to policy makers. The subsistence members were appointed in March.

George Guy of Kwethluk is the subsistence representative from a Kuskokwim River community. He is the general manager of the Kwethluk Power Company and serves on the Board of Directors of Calista Corporation.

Karma Ulvi is the subsistence representative from a Yukon River community. She is the Chief of the Native Village of Eagle and the Tribal Administrator with Tanana Chiefs Conference.

Calista Corporation has over 35,100 Alaska Native Shareholders and is the parent company of more than 30 subsidiaries in the following industries: defense contracting, construction, real estate, environmental services, natural resource development, marine transportation, oilfield services, and heavy equipment sales, service and rentals. Since 1994, Calista has provided more than $5.9 million in scholarships to its Shareholders and Descendants. Since inception, Calista has declared over $108.3 million in distributions to Shareholders, including $9.2 million in Elders’ Benefit Program distributions. Calista can be found on Facebook, Twitter and Instagram. If you would like more information or to schedule an interview with Calista Corporation, please contact the communications department at media@calistacorp.com.