Terence Slats, Calista Shareholder with ties to Chevak, a Yulista intern this year, and a civil engineering major at Brigham Young University-Idaho.

Despite the humid heat, creepy-crawly bugs, and unfamiliar cuisine, many of our Shareholders and Descendants have a great time during their summer internships at Yulista Holding LLC subsidiaries in Alabama, Texas and Florida.

In addition to meaningful work assignments that can lead to further training and a permanent job, Yulista throws out a very big welcome mat for the interns: supporting them with their housing and transportation needs and regular social outings.

“They go the extra distance for the things we need. They do an amazing job with that,” says Terence Slats, a civil engineering major at Brigham Young University-Idaho. Slats grew up in Soldotna and has family ties to Chevak. This summer, Slats interned with Yulista Support Services, and he shadowed maritime engineers on the U.S. Navy’s Sea Fighter research vessel based in Panama City Beach, Florida.

“It really is a family you are coming into,” says Hibah Setayesh, who administers Yulista’s internship program from Yulista Holding’s headquarters in Huntsville, Alabama.

“We are here to support Calista Shareholders, and one way to do that is through interns,” she says. 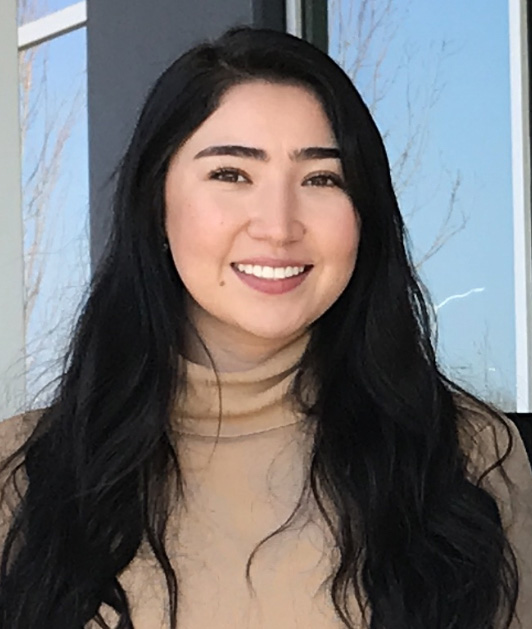 Leigh Kangrilnguq Ripke, Calista Shareholder with ties to Chefornak, interned at Yulista and currently works full-time with Yulista as a business operations analyst.

When Leigh Kangrilnguq Ripke accepted her first Yulista internship in 2015, she was nervous about working 3,000 miles from home. Ripke grew up in Palmer and has village ties to Chefornak, where she spent summers helping her grandmother with berry picking and putting up fish.

“It wasn’t just the heat. I had to get used to driving on a freeway with four lanes instead of two,” says Ripke.

Ripke’s first summer with Yulista as a freshman influenced her decision to major in business management at the University of Alaska Anchorage and she returned to intern with Yulista for the next four years. Upon graduating, she accepted a position at Yulista Tactical and Yulista Solutions as a program analyst in Huntsville. She has since accepted a new position with Yulista Holding as a business operations analyst.

“The way everyone works closely together, and the sense of close community, I feel very welcomed here,” Ripke says.

No matter where they are placed, students who intern with Calista, its subsidiaries and our nonprofit, Calista Education and Culture, Inc., benefit from group activities, including Tuesday talks with subject matter experts, and in-person gatherings in Anchorage at the beginning, middle and end of the 10-week program.

Some additional features of the Yulista internship include a class on resume writing taught by Yulista recruiters, and at the end of the 10 weeks, a presentation by each intern for the whole group on what they learned and what they will take back to their community, says Setayesh.

“We also do outings with them. They get to know us on a personal level, not just the business level,” she says.

Setayesh recalls the early days of the intern program, when many Yulista departments were involved, and there were many opinions on how to run the program.

“Several of us worked together with Brenda Pacarro in Calista to figure out what we needed to do, and from there the program has evolved, and it is still evolving today,” she says.

“Expanding our internship program into our subsidiaries has been a direct benefit for Calista Corporation and the subsidiaries. We share our culture and traditional knowledge of our Region, and our Shareholders get to experience opportunities that were otherwise never considered,” says Brenda Pacarro, Calista’s Workforce and Shareholder Development Manager and Calista Shareholder.

Observations on life and work in the Lower 48, provided by Leigh and Terence:

“I’ve had some people give me deer meat, like deer jerky. It’s actually really good. They ask me, is this like anything you guys hunt? I always want to say moose, but to me personally, maybe I’m biased, moose tastes a lot better than deer.”

“One of the hardest questions I’ve ever gotten was to explain the taste of seal meat. It’s so hard, I don’t know how to explain it. It tastes like seal.”

“I love the ocean and being on boats. However, being on a ship for two weeks and not being able to get off was kind of bizarre!”

“I spend a lot of time talking about fishing and hunting with the guys on the ship since a lot of them also like to fish and hunt. That’s something we have in common.”